The Book of the Rank of the Sage 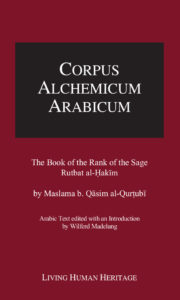 Arabic Text edited with an Introduction by Wilferd Madelung. Foreword by series editor Theodor Abt.
208 pages

From the Introduction of the Editor:
This «first imperfect edition» of Rutbat al-hakim is based mainly on three manuscripts [Ms. Paris Arabe 2612, Ms. Istanbul, Süleymaniye, Hajji Mahmud 6224, and Ms. Teheran, Kitabkhaneh Milla Malek 5346], «in order to provide a reasonably reliable text as originally composed by the author without any of the corrections and alterations introduced by later scholars of alchemy who used the book as their teaching manual.»
«The correct identification of the author as Maslama b. Qasim al-Qurtubi (d. 353/964) was first proposed by Maribel Fierro in an article in 1996. […] For CALA the early dating of the Rutbat al-hakim is significant, since Maslama al-Qurtubi is the first author to mention the Arabic translation of the Mushaf as-suwar attributed to Zosimos of Panopolis (Arabic Akhmim) of which a manuscript dated in 668/1211 has been published by Theodor Abt in CALA II. Maslama al-Qurtubi states that he considered Zosimos as his master and teacher among pre-Islamic alchemists. […] It should be noted, that the version of the Mushaf as-suwar Maslama had, differed significantly from the published version which represents a translation produced much later in Egypt. The two Arabic versions evidently are based on different Greek originals. […]»

From the Foreword of the Series Editor:
«The publication of this fourth volume of the Corpus Alchemicum Arabicum (CALA IV) is a milestone in achieving our aim to make the wealth of Arabic alchemy more easily accessible for research. Maslama b. Qasim al-Qurtubi (died 353/964), the author of this Rutbat al-hakim, provides a basic teaching of alchemy, quoting extensively from Zosimos’ Mushaf as-suwar. Zosimos was an alchemist who lived in the 3rd/4th century and is generally considered to be the first alchemist known to us by his true name […]
The significance of the present publication is to be seen in the relationship to the earlier volumes of this series, especially to CALA II and CALA III. The author of the Rutbat al-hakim emphasises the importance of understanding symbols (rumuz). The publication of the Rutbat al-hakim as CALA IV rounds up the first four publications in this series: They started with the Kitab hall ar-rumuz (Book of the Explanation of the Symbols), written by the Arab alchemist Muhammad ibn Umail (10th century). Then in the next volumes, in CALA II and CALA III, there came a further clarification of the symbols given by the Greek alchemist Zosimos, and now, in CALA IV, we find an overview of the knowledge and significance of the symbols (rumuz), written by another Arab alchemist.» 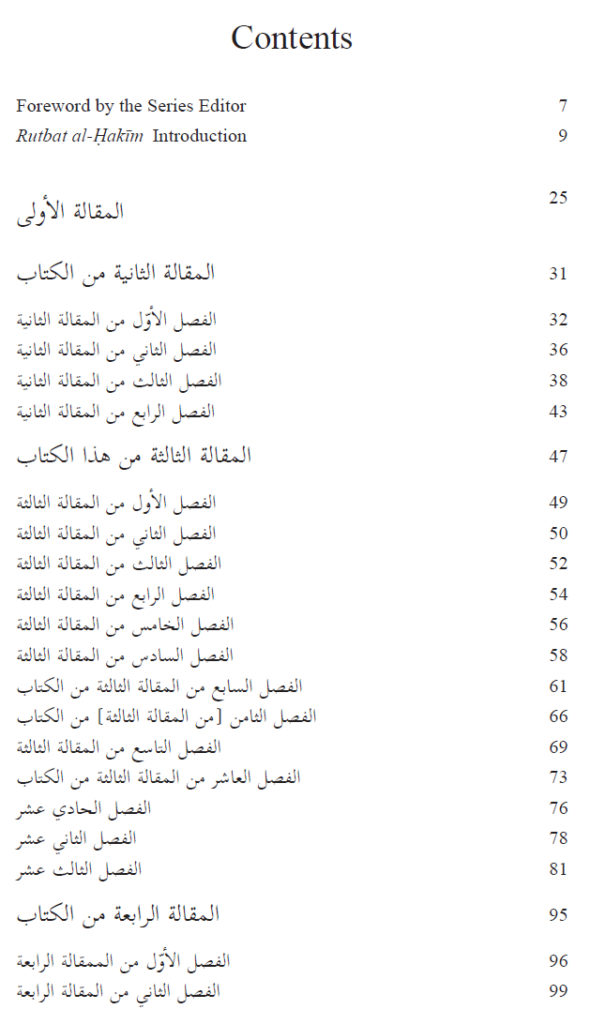 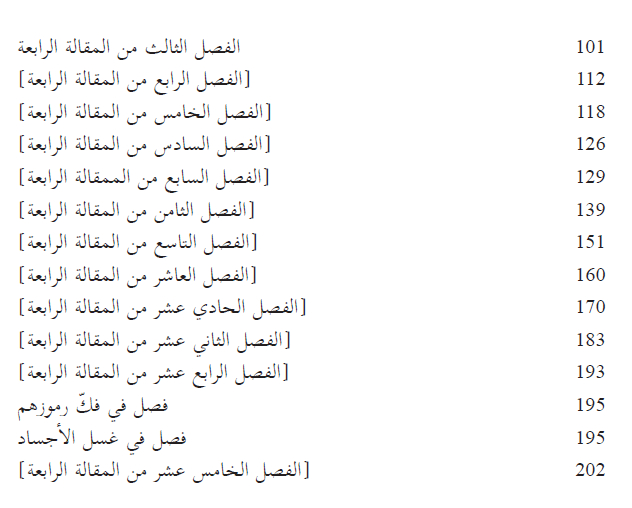