The Latent Danger of Renewed Tyranny 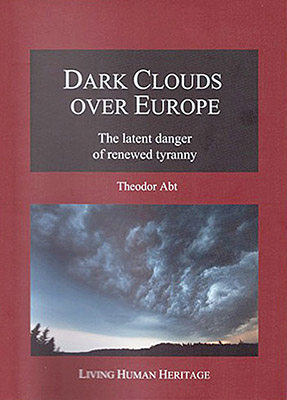 Dreams provide us with insight into ourselves. For the dreamer, they bring up important issues that can balance out or complement any one-sidedness on the consciousness level. But they can also provide objective insights and give us orientation with regard to external people and things. If they also have collective components, so-called big or archetypal dreams can also be important for society as a whole. Such dreams reveal things in a person’s collective unconscious psychic background that can be destructive, but can also bring cultural benefits.  In this book, the author and psychotherapist interprets dreams collected between 1989 and 1992 from a wide range of people relating directly to the question of an independent sovereign Switzerland and to Europe in general. Such “big”, archetypal dreams have something to say not just to the dreamer personally. They also contribute to an understanding of the collective situation in Switzerland at the time and still have something important to say today. Their symbolic content remains valid and of significance as long as they continue to draw attention to something that has not yet become generally conscious. The dreams presented here give a sense of what is probably being activated in the background of contemporary events.

The dangerous consequences of turning a blind eye to the reality behind the dreams and conversely, the positive effects of incorporating the images from this unconscious dream world are summarized at the end in relation to Switzerland, in relation to Europe and to the world in general.

As in his earlier publications, the author shows in his new book the collective relevance of great dreams for understanding and dealing with collective problems. The book begins with a presentation of some dreams which were collectied by Charlotte Berath in Germany during the years 1933-1939 and later published in her book, The Third Reich of Dreams. The nightmares of a nation, 1933-1939. These dreams foreshadow the approaching collective disaster. Dr. Abt’s latest work is based on dreams from the author’s psychological practice and his talks with Marie-Louise von Franz. This new dream series foreshadows a possible similar danger that needs to be taken seriously. In addition to the collective problem of a new poisonous ideology, which becomes visible not only in Switzerland, the presented dream symbols also show hopeful-construcitve images, indicating how a bridge into our future could be created.

>>Look inside the book